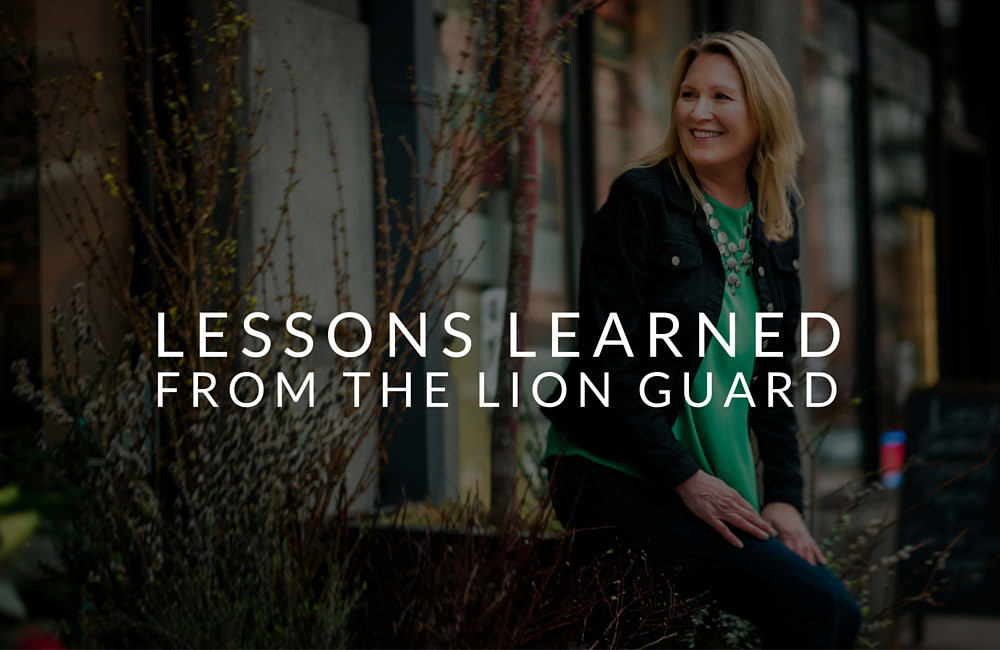 You might be thinking I’ve gone pretty far out on a brittle, teetering limb right now. Or you might just realize that thankfully, Spring Break is over. This year I got my first real taste of being a parent that longs for break to be over. To just get back to our routine. To have some semblance of normalcy.

To have some freaking peace and quiet, too!

You’d be right on both counts.

So hear me out. Indulge me for just one extra moment, because I promise my brain hasn’t become (fully) addled by watching the same episodes of The Lion Guard all week. There are some great business lessons to be learned from the show!

If you’re not sure what The Lion Guard is, bless you. You don’t have young children. But you may remember Simba and The Lion King, so the super short backstory is, this is Simba’s kids and their story. Kion is Simba’s son. He’s not firstborn, so he won’t become king. But he does take charge of the Lion Guard, a sort of protector pack. His parents don’t think he’s ready to take on this responsibility and the first episode sets up what will likely be a lot of TV shows that play nanny to countless children while their parents make dinner. (Or, ahem, work through spring break on a series of webinars and podcasts.)

On to the lessons! These three entrepreneurial lessons courtesy of the Disney cash machine are from the first episode of the season.

I’ve written extensively on taking your place as the expert in your field. There comes a point when you need to soar on your own and step up. Because until you’re willing to STAND UP, there’s no way you can stand out.

Kion accidentally learns he can channel a roar that bears the power of all his ancestors’ roars. He was destined to have this power, but only learned of it when his sister was in trouble– and desperately needed his help.

With my own clients, I’ve seen this transition. Until you realize how badly your services are needed, you remain unseen. That without you to guide your own clients, they’ll remain lost, and you’ll feel unfulfilled.

This is not “fake it till you make it.” This is you, staking a claim and saying, I know my service can help people. I know what I do will change lives. I know that after working with me, my clients will turn around and start changing the world as well.

Like Kion, you already have the power within you. But you have to decide to own it. To claim it. It’s time for you to roar.

Your roar is powerful. When you decide to stake your claim, you’ll see the results. 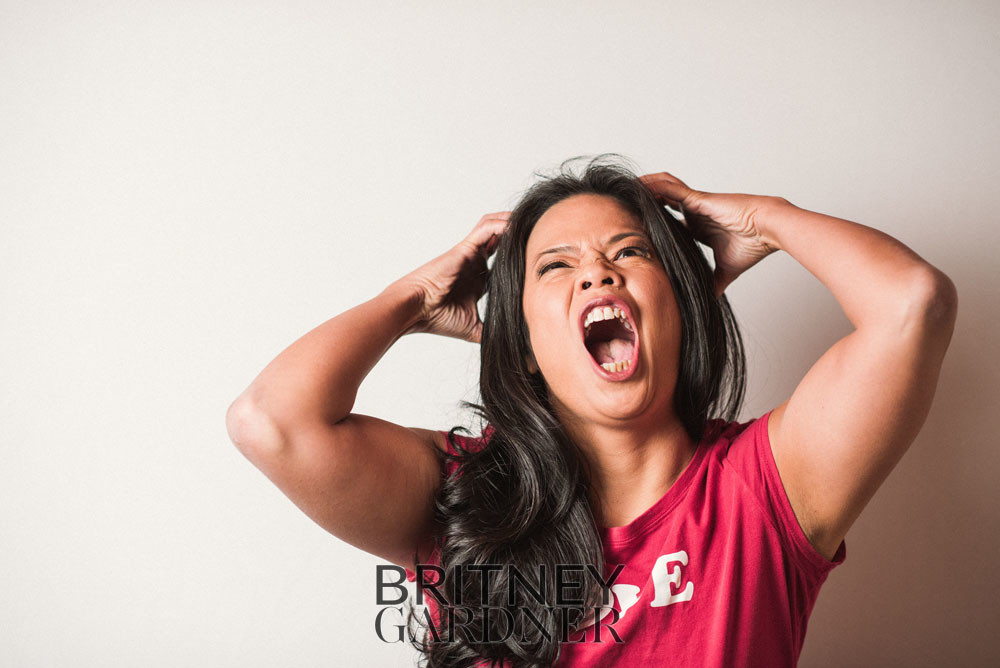 And they’re usually those closest to you.

It will hurt and it will sting. It will perhaps open a place within your mind that leaves a gaping hold of doubt.

Kion’s parents, Simba and Nala, did not think he was ready. And perhaps he wasn’t in the beginning. But he rose to the challenge. He leveled up to the responsibility.

No decision is an island. When you add a new online course to your roster, you need to brand up to the level offered in that course. When you raise pricing or shift niches, your branding will also evolve.

Branding up is not only a strategy, it’s a mindset. And it allows you to move beyond the doubts of others and take your rightful place. In Kion’s case, it’s the leader of the guard. In yours, it is to fulfill your calling. Your life purpose.

Branding up is not only a strategy, it’s a mindset.

One of the skirmishes Kion had with his father was over his choice of team in the guard. In previous generations, the guard was made up entirely of lions and they protected the pride lands. Kion chose a honey badger as his first member. And then a hippo, a bird, a cheetah.

Who you work with as your business progresses may be different than your thought at the outset.

Having a team at all may be different than you expected! I know when I started my business, I thought I was one-person entity. I didn’t trust anyone to care as much as I did about the outcome and if I’m honest, I still don’t. But I’m working on it!

My husband recently participated in a Strengths Finder test for his team. After they all figured out their strengths they realized their team is missing a few themes and you can bet the next hire will look in that direction.

Filling your team with people just like you is a recipe for failure. You’ll just egg each other on, right off the path of success and mastery. Getting outside perspective is key. It’s why people hire coaches in the first place! 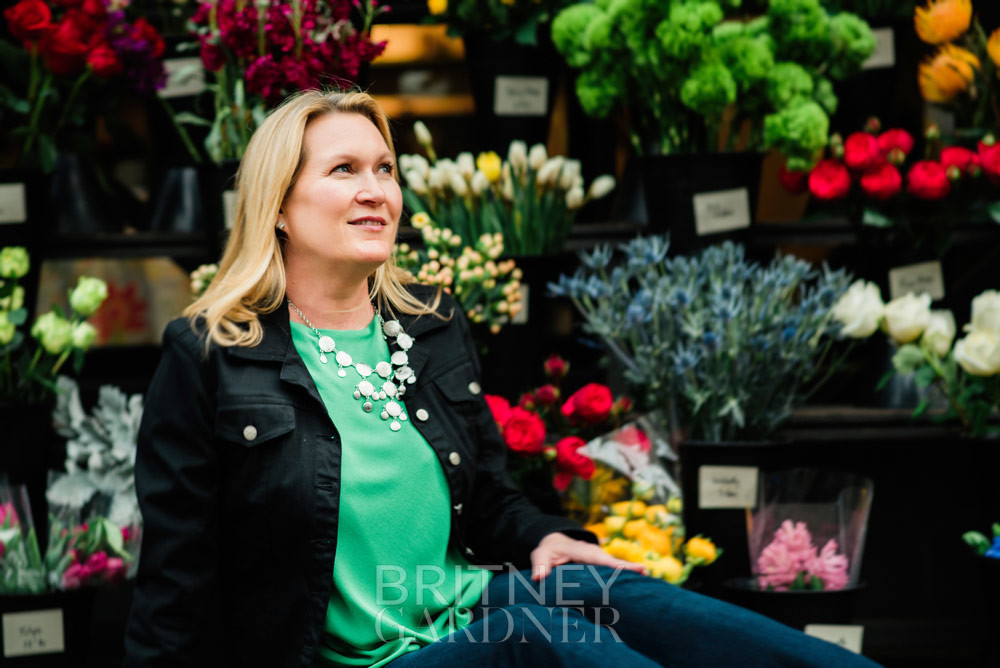 Yes, even you end up being wrong, it’s okay to think the best of someone. I’ll argue till I’m blue in the face that choosing to believe in the good of humanity will outweigh the occasional times it doesn’t work out.

Kion welcomed a jackal into the pride lands in the Kupatana celebration. That jackal ended up creating havoc. Though it didn’t work out, everyone reminded him that it’s okay to think the best of people even if you’re not always right.

I recently have run into a few trying situations. And they could have been avoided had I stayed closed and not invited new people and new work avenues into my life. But I didn’t avoid them and I’ve had to lick a few wounds lately. And that’s okay.

Why? Well, I now know a few additional failures. I know a few more things to not add in to my business.

I’m happier and more positive for knowing I tried something new. Being an entrepreneur is really one big experiment. It’s constant testing and tweaking. And like Thomas Edison, I’m getting closer to 10,000 things that won’t work.

Spring Break is over now. And hopefully that means my advice will be a little less kid-centric. But who knows, maybe I’ll add a new one in now and then. I’m a firm believer that you can learn from anyone, anywhere.

[x_prompt type=”left” title=”Ready to Roar?” message=”If you’re ready to take your roar to the next level you need to sign up for the Brandscape Photo Experience. There’s nothing like marketing with a vibrant collection of images that show who you are, what you stand for, and how you serve your niche. It’s time to stake a claim and roar!” button_text=”Learn More” button_icon=”500px” circle=”true” href=”https://britneygardner.com/brandscapephoto-photo-experience/”]