The Thing You Know You Should Not Do

No, this isn’t a riff on “he who must not be named” but you may as well treat it with the same level of severity. Because there’s a thing you should not do. And often, you know it. There’s a person you want to put in their place for disrespecting your time or there’s a program you want to buy even though it’s just the next bright, shiny object. The thing you should not do is a distraction most often.You get so stuck on task 3 you never make it to task 5. It prevents you from moving ahead in your business.

There’s also the thing you know you should do, but you  haven’t taken action on it yet. It starts out as a spark, a tiny trigger. It becomes encompassing, every thought you hear turning into it. And then it morphs because it’s always in the back of your mind,  sometimes faded a bit while others it’s a vivid, bright relief against the mind’s eye.

It’s the thing you know you should do. My current one: I preach to my clients that a very clear, very specific niche is absolutely necessary, but I’ve been resisting narrowing my own niche. I know I need to narrow. I think about it constantly, yet resist the action I should take.

There’s an old joke of a story, in which a man constantly prays to God, “Lord, I’m faithful. Please let me win the lottery.” Day after day, year after year, his prayer never changes. Finally, one day, a booming voice thunders from the sky, “Maybe you should buy a lottery ticket!”

With every thing you should do or thing you should not do, there is potential for it to be huge. But only if you take action. I’m being reminded of this constantly right now, from a program I’m in to an experience I recently had. 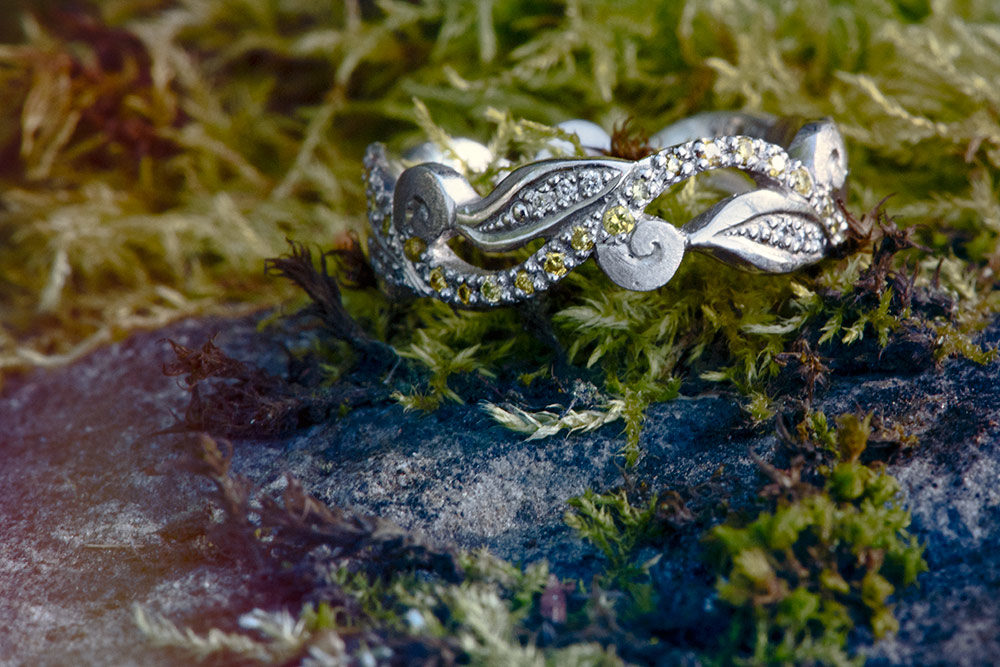 A little context: last year while photographing the delightful Summer Morrison, we talked about my wedding ring and why it was falling apart. It was a beautiful designer ring and frankly, I was pissed it was breaking. The last jeweler I spoke with said there was no way to repair it without changing its looks entirely, and Summer confirmed this. She suggested we remake it with the same materials and I agreed.

The old ring was a vine with lemons. It was cast cheaply and the platinum bent and some of the leaves had already fallen off within a few months of wear. The new ring is a completely redesigned. I gave Summer carte blanche to create art. I asked that it not raise up too high off my fingers, but other than that, this is all her. (Side note: let artists work as they wish. They create wonderful things this way!)

And this is where the story turns into a big, fat life lesson. I took off my ring at Pilates; I put it on the floor behind me. I lost it for hours. Everyone involved looked and searched. I know exactly where I left it, and it simply wasn’t there. I did the thing I should not do, because I didn’t want to not wear my ring, because I didn’t want to miss out on a few minutes of class while I safely put it away. My beautiful custom ring, gone.

And then just a few hours later, I got a call that they found it exactly where I said I left it, exactly where we’d each scoured the floor in between. It was just there.

Many entrepreneurs have coaches. I do, too! I find it interesting, that most of the time what I learn in a coaching session is that I already knew the answer. I just needed a little guidance, sometimes even permission to do what I already know I want to do. Some people need the accountability, some need the insight. Often times for me, I just need someone to witness me voicing an idea I already had. An idea I’d been hiding or resisting.

So here’s your sign. It’s time to do that thing. I’m giving you permission to acknowledge, it is time to take action. Don’t lose a ring to learn this lesson!